WHAT IS IT AND WHAT DOES IT DO?

If you follow financial news, you've probably heard many references to "the Fed" along the lines of "the Fed did this or that," or "market watchers are wondering what the Fed will do next." So what exactly is the Fed and what does it do, anyway?

WHAT IS THE FEDERAL RESERVE? 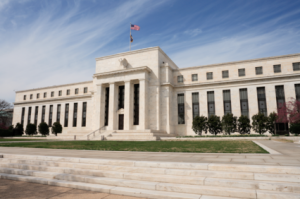 The U.S. Federal Reserve was created by the Federal Reserve Act of 1913, legislation that was enacted mostly in response to a series of financial panics. The Federal Reserve is charged with three main objectives: maximum employment, stable prices, and moderate long-term interest rates (the first two objectives are often referred to as the Fed's "dual mandate"). Over the years, the Federal Reserve's duties have expanded and evolved to include maintaining stability of the entire U.S. financial system.

HOW IS THE FED ORGANIZED?

The Federal Reserve isn't a single entity. It actually consists of four parts: (1) the Board of Governors, (2) the Federal Open Market Committee, (3) 12 regional Federal Reserve Banks, and (4) thousands of smaller member banks. What does each part do?

The Board of Governors--also called the Federal Reserve Board--is at the top. It consists of seven people who are nominated by the President and approved by the Senate. Each person is appointed for a 14-year term (terms are staggered, with one beginning every two years). The Board of Governors conducts official business in Washington, D.C.

The Chair of the Board of Governors--perhaps the most visible face of U.S. economic and monetary policy--is currently Janet Yellen, the former president of the Federal Reserve Bank of San Francisco. Dr. Yellen was sworn in on February 3, 2014, and is the first woman to hold this post. (Her term as Chair ends on February 3, 2018, and her term as a member of the Board of Governors ends on January 31, 2024.) Prior to Yellen, the Chair of the Federal Reserve was Ben Bernanke, who served from 2006 to 2014, and before him was the somewhat legendary Alan Greenspan, who served from 1987 to 2006.

Next are 12 regional Federal Reserve Banks that are responsible for typical day-to-day bank operations. The banks are located in Boston, New York, Philadelphia, Cleveland, Richmond, Atlanta, Chicago, St. Louis, Minneapolis, Kansas City, Dallas, and San Francisco. (Rumor has it that in 1913 a Missouri senator would only vote for the Federal Reserve Act if his state were home to two regional banks.) Each regional bank has its own president and oversees the thousands of smaller member banks in its region.

SO WHAT DOES THE FED ACTUALLY DO?

The Federal Reserve does a lot of things, but one of its main functions is to set U.S. monetary policy. It does this primarily by: (1) setting the discount rate, which is the interest rate the Fed charges commercial banks on money it lends; (2) setting reserve requirements, which is how much a bank must hold in reserves; and (3) overseeing open market operations, which is the purchase and sale of government securities on the open market. Open market operations impact the federal funds rate (the interest rate that banks charge each other on overnight loans of federal funds), which in turn impacts the prime rate and the interest rates that consumers ultimately pay. The Fed's recent quantitative easing (QE) program, in which it has purchased mortgage-backed securities and U.S. Treasury bonds at regular intervals to increase the money supply, is a form of open market operations.

Why do people pay attention to the Fed? One reason is interest rates. People often look to the Fed for clues on which way interest rates are headed. Another reason is economic analysis and forecasting. Members of the Federal Reserve regularly conduct economic research, give speeches, and testify about inflation and unemployment, which can provide insight about where the economy might be headed. All of this information can be useful for consumers when making borrowing and investing decisions.

Got any questions about the Federal Reserve and how or why it affects you?