What constitutes a gift to charity? 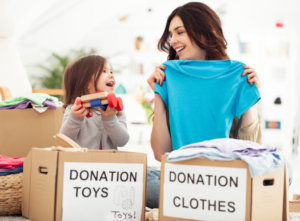 A gift to charity is simply a gratuitous transfer of property to a charitable organization. The key is that your gift must be some kind of property–your time or personal services do not count.

There are several different types of property that can be donated to charity, and a gift is limited only by your imagination.

Are you the type who wants to donate cash, stock, or your lunch box collection from a 1960s sitcom?

How do you decide whether to donate to charity?

There are an infinite number of charities from which to choose. Most people have a particular charity in mind when they decide to make a contribution.

What are the tax benefits of donating to charity?

Through tax legislation, Congress has attempted to encourage charitable giving because it is good social policy. Most every charity depends on individual contributions to remain financially solvent, especially in this era of fewer direct government dollars. As a result, charitable giving has become interconnected with the tax laws, which have grown more and more complex.

Congress has sweetened the pot for taxpayers who donate to qualified charities. First, you generally receive an income tax deduction in the year you make the gift. Second, you do not have to worry about gift tax because federal gift tax does not apply to charitable gifts.

Over the next 30 years, an estimated $8 trillion of assets will pass from one generation to the next, resulting in the assessment of significant estate taxes. One solution to minimize these estate taxes is charitable giving.

What options do you have for donating to charity?

In the typical situation, your gift will be for the charity’s benefit only, and the charity will take possession of the gift immediately. This type of gift is called an outright gift. This arrangement satisfies the general rule that a gift to charity must be paid to the charity in the form of money or property before the end of the tax year to be deductible for income tax purposes.

Then, after this time period is up, the remaining property passes to the charity. Such gifts can be used to provide for a dependent child or a surviving spouse.

In this arrangement, the charity’s right to enjoyment and possession of the gift is delayed because the noncharitable beneficiary has the first interest in the donated property. Ordinarily, this delay would mean no tax deductibility for your gift.

However, Congress has voiced its approval of such arrangements as long as the gift is set up as one of a number of special trusts expressly created for this purpose.

If your split interest gift is set up as one of these trusts, you receive federal income, gift, and estate tax deductions.

The trust pays out a fixed amount of income every year (an annuity) to the noncharitable beneficiary for the term of the trust, and the remaining assets pass to the charity at the end of the term.

There are several varieties of CRUTs (NI-CRUT, NIMCRUT, or Flip CRUT), each with slightly different rules regarding how the noncharitable beneficiary is paid.

A pooled income fund is managed by the charity (much like a mutual fund) and is made up of donations from several donors.

The charity is paid a certain amount every year for the term of the trust, and then the remaining assets pass to the noncharitable beneficiary at the end of the trust term.

A bargain sale in the context of charitable giving is a sale to charity at a bargain price (i.e., a price below the fair market value of the item sold, fair market value being the price a willing buyer would pay a willing seller in an arm’s length transaction).

The difference between the sale price and the actual fair market value of the asset equals your donation to charity. A bargain sale involves two separate transactions for tax purposes: a sale and a charitable gift.

The IRS treats each event as a separate transaction. Consequently, each is reported separately on your income tax return.

Donors with sufficient resources may want to create a private foundation. A private foundation is a separate legal entity (often named for the donor) than can endure for many generations after the original donor’s death.

The donor creates the foundation, then transfers assets (typically appreciated assets) to the foundation, which in turn makes grants to public charities. The donor and his or her descendants retain complete control over which charities receive grants.

In practice, a community foundation is a public charity, though it appears to share some of the characteristics of a private foundation.

Similar in some respects to a private foundation, a donor-advised fund (DAF) offers an easier way for a donor to make significant charitable gifts over a long period of time. A DAF actually refers to an account that is held within a charitable organization.

The donor can only advise–not direct–the charitable organization on how the donor’s contributions will be distributed to other charities.

This blog is provided by Windward Private Wealth Management Inc. (“Windward” or the “Firm”) for informational purposes only. Investing involves the risk of loss and investors should be prepared to bear potential losses. No portion of this blog is to be construed as a solicitation to buy or sell a security or the provision of personalized investment, tax or legal advice. Certain information contained in the individual blog posts will be derived from sources that Windward believes to be reliable; however, the Firm does not guarantee the accuracy or timeliness of such information and assumes no liability for any resulting damages.

Windward is an SEC registered investment adviser. The Firm may only provide services in those states in which it is notice filed or qualifies for a corresponding exemption from such requirements. For information about Windward’ registration status and business operations, please consult the Firm’s Form ADV disclosure documents, the most recent versions of which are available on the SEC’s Investment Adviser Public Disclosure website at www.adviserinfo.sec.gov.